Last weekend I had the pleasure of shooting some wheelchair basketball. It has been a good number of years since my last outing photographing wheelchair b-ball. My original plan for the day was to spend it at the comic expo - just me and ten thousand geeks, nerds, fans and fanatics all jammed into one building. But as things often go my plans changed which left me looking for something to do. After a quick search on the web I found the Wheelchair Basketball Canada was holding a tournament. This sounded like a lot of fun to watch and to shoot.

As always is the way with available light photography you are somewhat at the mercy of the environment. The first thing that you need to do when arriving on the scene is to access the situation. My main concern was of course the lighting. The gym was lite with white sodium vapor lights. These are no where close to daylight for colour temperature and don't really match any of the preset colour temperatures settings available in the camera. So a custom colour balance was required. Nikon has the ability to set a specific colour temperature in degrees kelvin. With a couple of test shots taken I found the temperature to be around 3900K - not perfect but at least the whites were white and the skin tons were somewhat normal. Think the actual white balance turned out to be a touch warmer than 3900K.

The environment often causes you further problems with colour balance. In this case the gym had a large divider that separated the two courts. The already cool coloured light is hitting the blue divider and produces an even cooler colour cast. Fiddling with the colour balance can improve the overall tone of the image, but each image is somewhat different. For preview images a general white balance setting is fine however for deliverable images some individual tweaking is required. 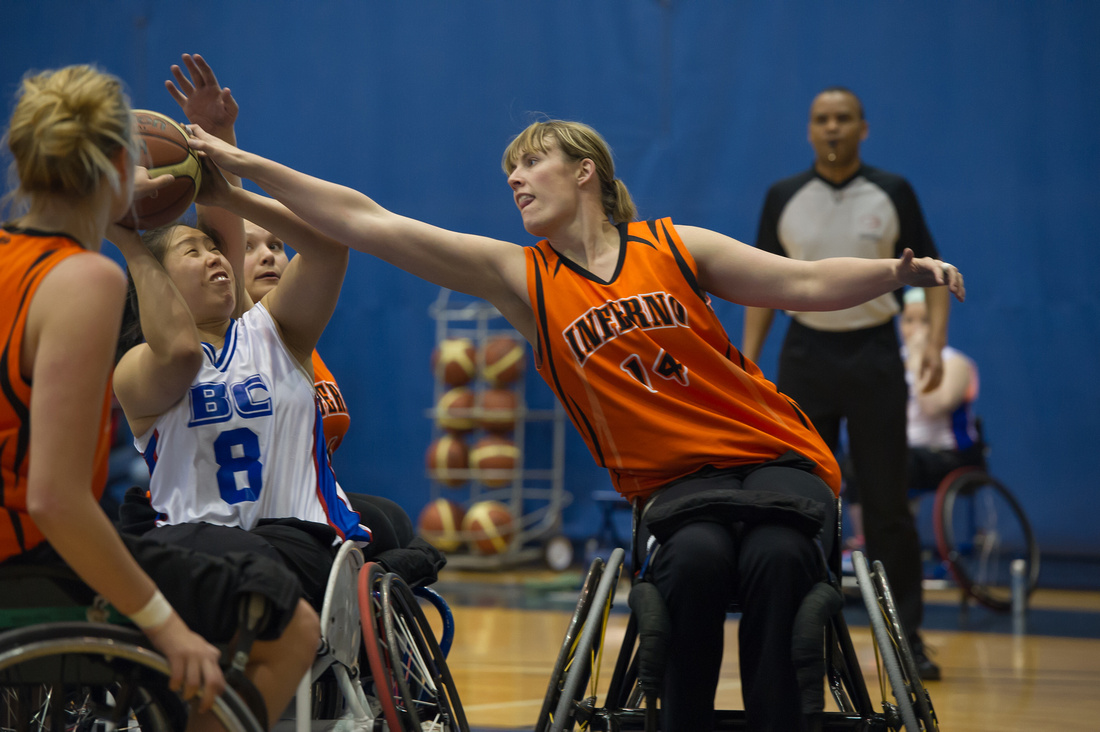 The image above looks to be a little too cool but the skin tones and the white jersey  appear to be pretty close. With a basic white balance set it was now decision time on what to set for shutter-speed and aperture. This is a fine balancing act as you want your images to be sharp yet still have enough depth of field that your main interest is in focus. My choice of the 70-200 f/2.8 meant that I would need a slightly faster shutter speed when racked out to 200. The good news was that while the players arms were moving and shifting around as they handled the ball their torsos remained fairly stationary.

Light will take on the colour of whatever surface it is reflected from. The image below is a great example of this happening. The overall image has a slightly yellow tint. The wall in the background is not perfectly white but more of a creamy colour. 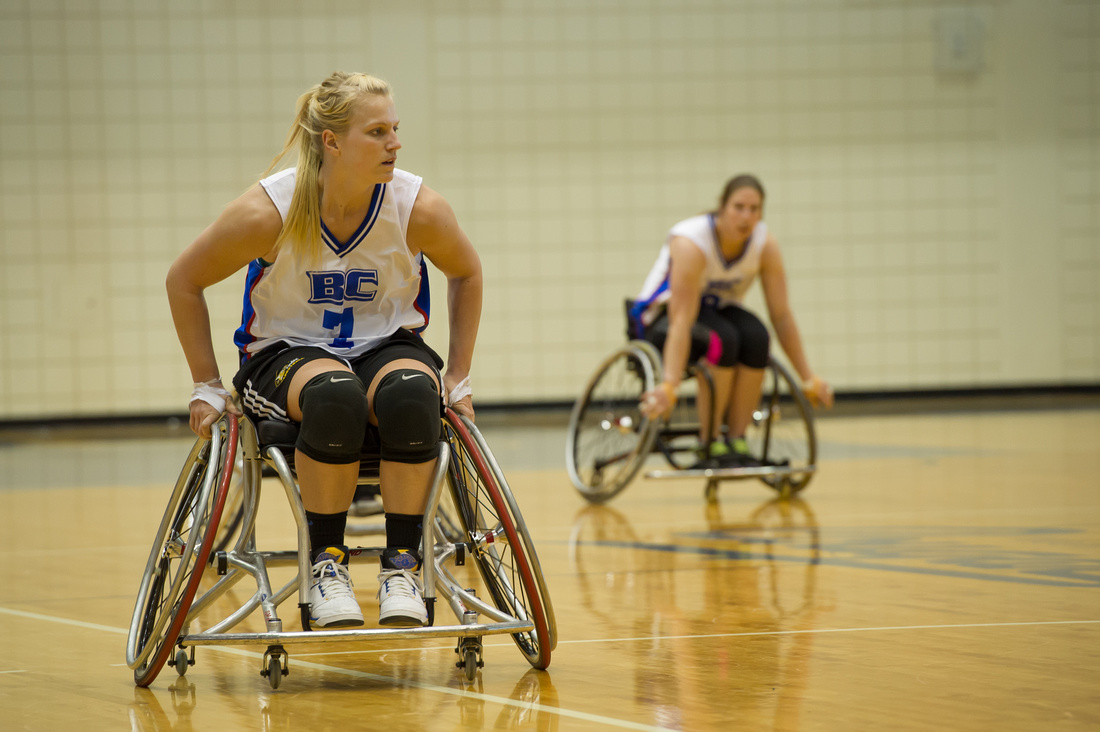 So shooting at longer lens lengths I wasable to use 1/250 at f/4. Although this setup did not provide a lot of depth of field it actually worked pretty good because the backgrounds of the photos was somewhat cluttered. The background of an image is just about as important as the foreground. This gym had lots of noisy distractions in the background so using a larger aperture softened the distractions. 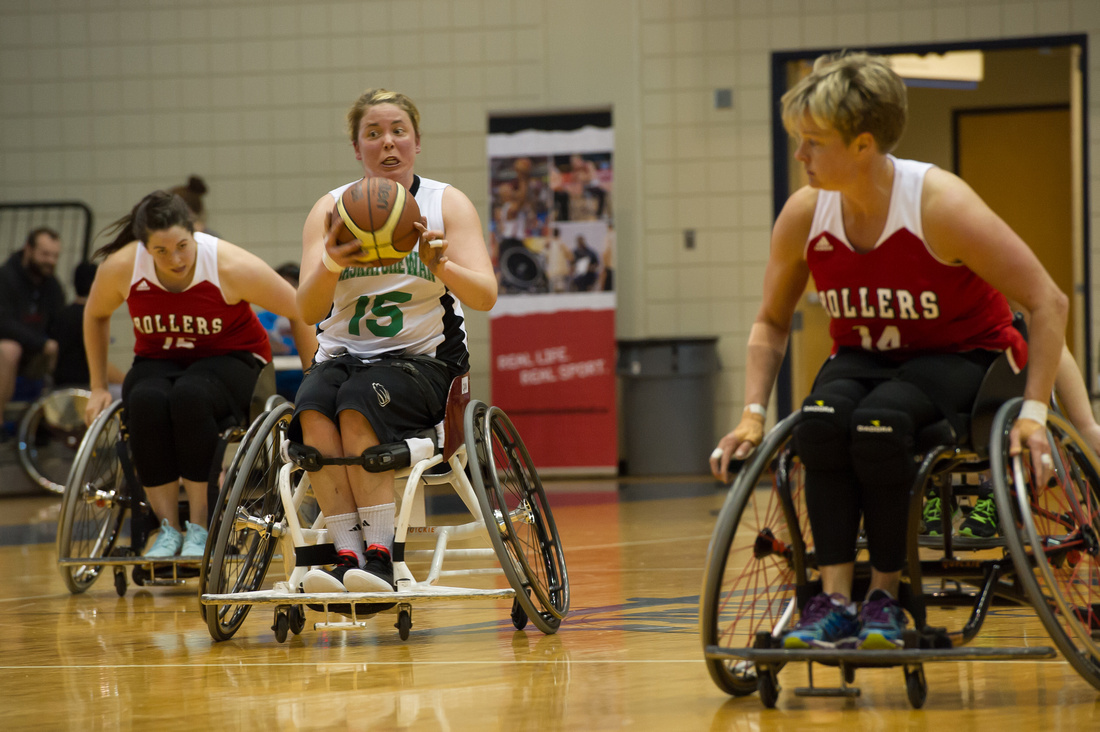 Oh, and when you are shooting an event don't forget to point your camera at something other than just the action. There is often some really good images to be had. 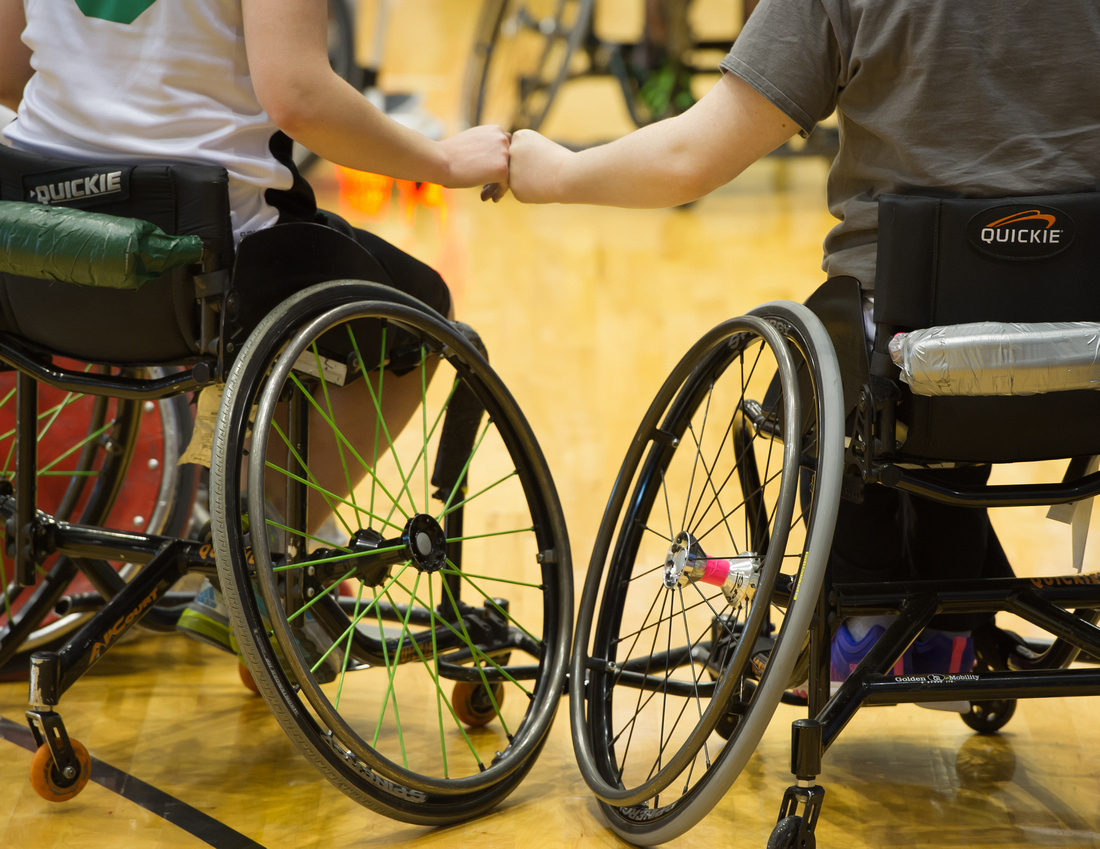