Poutine the best thing on a grey day.

So I'm once again on a business trip, it's my second lap around the country in a week. Thank goodness for technology. It was not too many years ago that we did not have any connectivity. You were either sitting in front of your computer doing work or you were not. Today with the ever expanding mobile office be away does not mean leaving everything behind, more on that subject in a later blog post.

Since my current road trip involves many, many meetings and there may be little time to grab a camera and get out and shoot I decided to travel light. Not having to drag around a ton of equipment is actually pretty nice although it feels somewhat like leaving the house and forgetting to wear pants. So here is where the little magic device called a cellphone camera comes into play. Now a camera phone will never replace a real DLSR as there is just so much you can do with a device that is about the same size as the eraser on a pencil. None the less it still makes some pretty ok images from a purely editorial or image recording nature. I'm not shooting my next commercial job with an iPhone.

With a little time to spare before the on slot I took to the streets of Montreal to wander around some. Mother nature, the wonderful lady she is decided to confirm the decision to leave the big hardware at home by providing absolutely flat light plus a little wind driven wet snow just for fun.

A few hours wandering the streets of Montreal's downtown and old town areas produced a few ok shots but the light and camera capabilities (sorry Apple) just were not what I need to make something great.

For lunch I stopped in at restaurant that primarily serves poutine. For those that don't know poutine is a Montreal staple and consists of french fried potatoes, cheese and gravy. The restaurant I stopped at has taken this basic recipe to a whole new level. They have some house favorites or you can go your own way and build a custom poutine by picking the type of potato (smashed are the specialty of the house), cheese (cheese curds are traditional), you can add vegetables, meats and pick the type of sauce or gravy for the top. My build your own was smashed potatoes, cheese curds, bacon (mmm bacon) and traditional gravy. Served in a pasta bowl that was the size of a large dinner plate it looked like an impossible task to consume the entire dish. Once I dug into the poutine it went down extremely well. You can check out the photo below. 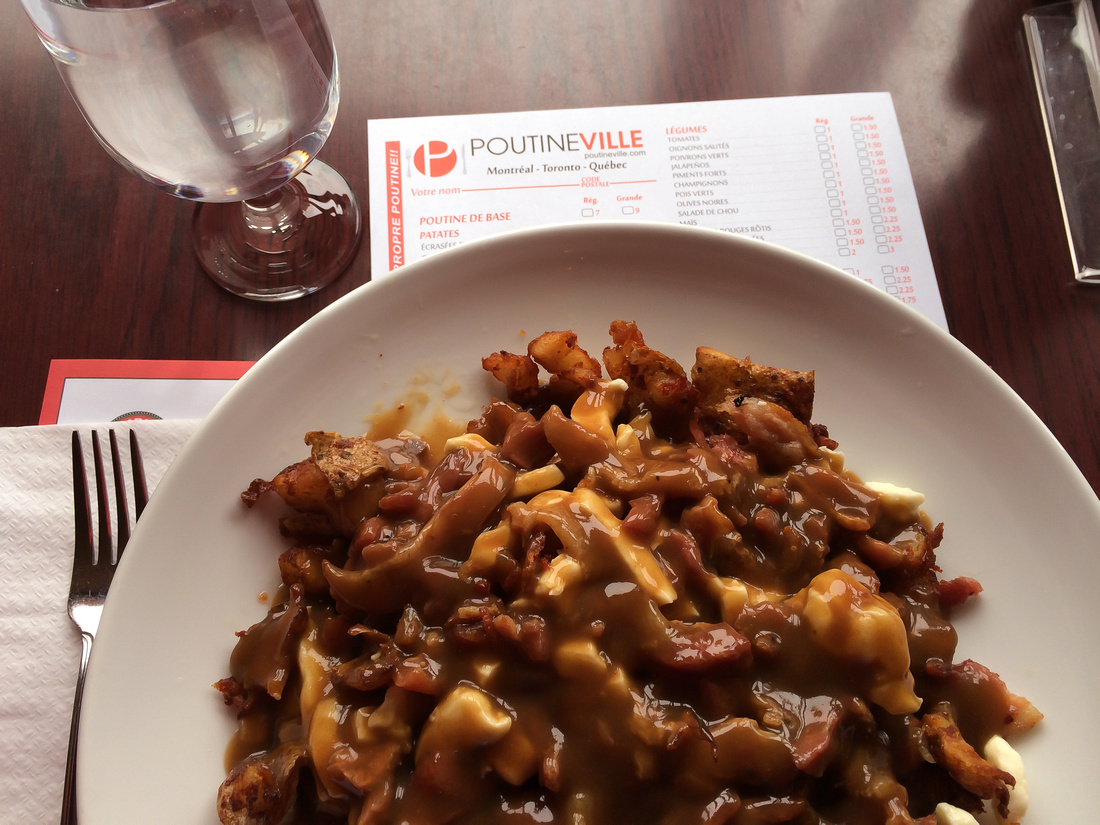